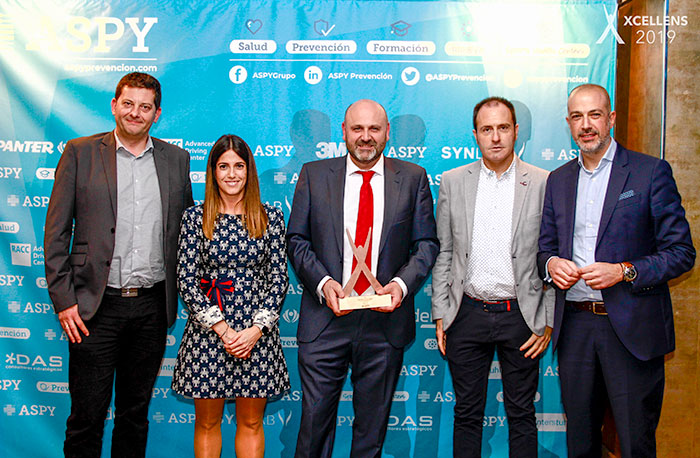 The ASPY Group awarded its Xcellens 2019 Awards for Preventive Work at an event held at the Catalonia Barcelona Plaza Hotel on November 28th. At this event, ASPY rewarded AR Racking for its commitment to people-centered management through the implementation of an innovative health-related occupational risk prevention program.

In its commitment to the prevention of occupational risks and the health of its workers, AR Racking has launched the "For Your Health" program, a program designed by the Quality and Prevention Department which aims to have a long-term impact on the health and safety of its employees’ healthy habits at work and prevention of potential risks. 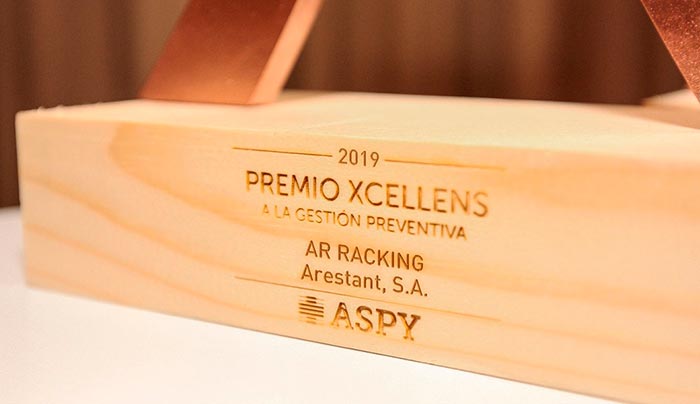 This initiative, which is supported and assisted by ASPY, who specializes in the provision of workplace safety and health solutions, was launched at the AR’s production center in Tudela (Spain). Because of its very good reception, the initiative was extended to the staff of the central offices and the technology center located in Biscay (Spain). More than 200 people are involved in this project.

This program is based on three axes: skeletal-muscle health, through a physiotherapy service with individual follow-up for each participant; promoting healthy eating, with discussions on how to apply healthy eating habits in the workplace reinforced by healthy food distribution campaigns (such as fruit and nuts) and, third, smoking cessation support that is available to all workers who want it. 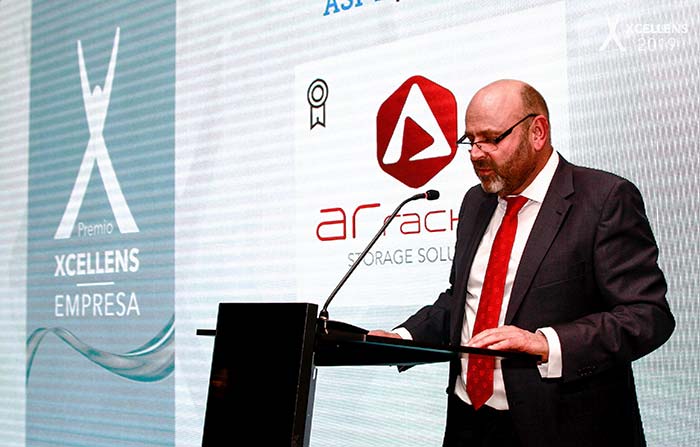 Óscar Escribano, AR’s Operations Director; Enrique Bellido, head of the Quality Department; and Erica Sola, professional in Quality and Occupational Risk Prevention, attended the Xcellens Awards Gala in Barcelona. The award was collected on behalf of AR Racking by its Operations Director, Óscar Escribano, who took the opportunity to highlight the company’s commitment to the prevention of occupational risks as one of its pillars.He also thanked all AR Racking’s employees for their participation in the program.

Along with AR Racking, other companies have also received the award, such as ACCIONA and Sociedad de Estiba y Desestiba del Puerto de Algeciras (Marapie). ASPY has been delivering the Xcellens Awards for Prevention since 2010. These awards recognize the work done by companies in the field of occupational risk prevention and aim to promote that all companies invest in the field. The Xcellens Solidarity 2019 award was granted to Aldeas Infantiles SOS from Spain. Congratulations to all!