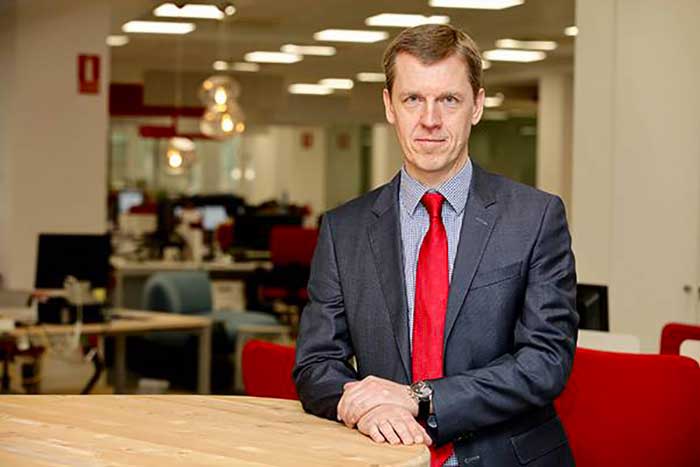 AR Racking, an international provider of industrial storage solutions with a commercial presence extended to over 50 countries and based in Bizkaia (Spain) aims to boost the markets of Eastern Europe, Scandinavia and South Africa where the company has had a presence for years but where we have witnessed recently that the demand for storage systems has increased significantly.

The Scandinavian countries, with stability and growth despite the crisis; Eastern Europe with an emergent economy and South Africa, with a market economy with abundant natural resources are three regions that due to their business growth and the creation of new companies increasingly demand industrial storage systems.

Jimmy Andersson is originally from Sweden but has settled in Spain. Andersson has a degree in Engineering and has developed his professional career in various companies in sectors as diverse as aeronautics, structural and retractable systems and lifting platforms, among others.

His professional experience, as well as his knowledge of the field guarantee an increase in sales in these regions and a tailored customer service delivered from AR Racking’s headquarters in Bizkaia.